As Apple heads into the new year, fans wait with bated breath for what lies in its forecast. Luckily for them, 2020 is expected to be an eventful year for the Cupertino giant.

As pointed out by Apple-focused site Spectrum Report, speculations thus far have pointed to a “big year for Apple” in 2020. Scroll down for some noteworthy products you might want to save up for in the coming year. 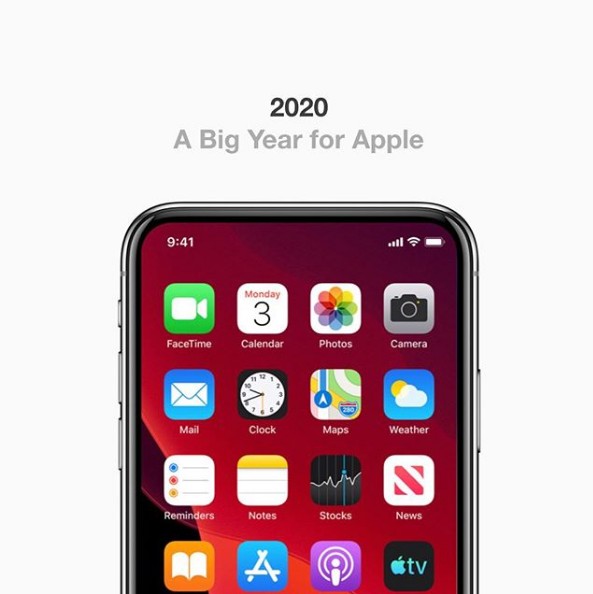 Tech analysts are suggesting that Apple might be switching up its iPhone release schedule to twice a year, with the flagship iPhone 12 series dropping as usual in September and a mid-tier update to the iPhone 8 in Spring 2020.

The upmarket iPhone 12 and iPhone 12 Pro are believed to feature a thicker, rounded frame similar to that of the iPhone 4, as well as a smaller notch. Most notably, the iPhone 12 Pro is expected to have four rear camera lenses and be 5G-compatible.

In addition, reports point to a “budget” iPhone dropping earlier in 2020. It is believed to start at just US$399 and will sport a 4.7-inch LCD display as opposed to the premium OLED models, with Touch ID instead of Face ID.

According to tech news site Pocket-lint, as Apple skipped its iPad Pro update in October 2019, it is possible a 2020 iPad Pro could arrive in Spring instead. Features to look out for include an improved camera with 3D-depth sensing mirroring the iPhones XS and 11, possible triple rear cameras, and an improved processor.

Expect also to see a slightly upgraded iPad Pro in the middle of the year, as well.

A subscribers-only report by Taiwanese publication DigiTimes, via MacRumors, cites industry sources that Apple will apply the redesigned scissor-switch keyboard design from the 16-inch MacBook Pro into a new 13-inch MacBook Pro, killing the contentious butterfly variation. While the 16-inch laptop comes with a physical Esc key and an inverted T arrow key layout, it remains to be known if these features will appear on the 13-inch version.

Even though there have been reports of a possible 14-inch MacBook Pro, Apple’s senior vice president of marketing Phil Schiller has refuted the claims, though it’s possible the company just wants to keep mum about its release.

The MacBook Air could also get a speed upgrade, as anticipated by Pocket-lint.

According to reliable tech analyst Ming-Chi Kuo, Apple could be rolling out a smartwatch with enhanced water resistance to be diver-friendly. Whereas the current Apple Watch Series 5 is “designed with swimmers in mind” but cannot be used when “scuba diving [or] waterskiing,” the Series 6 could support those activities.

n terms of brand new products, Apple might be releasing a tracking device currently coined as ‘Apple Tag’, its supposed answer to Tile. The tool is designed to help users locate their keys and other essential items. MacRumors’ Steve Moser uncovered the asset package for the device while studying a beta version of iOS 13, in which a product named “Tag 1,1” was referenced.

Some reports detail that Apple is delving deep into the AR market, though it’s unlikely these products will arrive in 2020. An AR headset with an Oculus Quest-like design could debut in either 2021 or 2022, while Apple’s first AR glasses are anticipated to drop in 2023. As it seems, Apple believes its future AR glasses could one day replace iPhones.

So, what influence will the release new iphone twice a year have on the refurbished cell phone business?

we will give a  details analysis in the following articles.

Get Your Weekly Wholesale Pricing Updates From UEEPHONE

You have successfully subscribed to the newsletter

There was an error while trying to send your request. Please try again.